On Saturday, February 29th the Cornerstone Team, headed up by CEO Mike Haskett, donated $4,000 to the Ricky Sapp Foundation.

Helping to provide the youth of our community with the resources they need to grow into successful adults is VERY important to Cornerstone.

That is why at this week’s Charity Basketball game they presented the foundation with a check for $4,000.

The event began with noteworthy sports figures speaking to the group and giving encouraging life lessons to all those in attendance. A few of the athletes who participated in this event were CJ Spiller, Temarrick Hemingway, Baushaud Breeland, AJ Cann, Crezdon Butler, Coty Sensabaugh, and Brandon Ford.

The Cornerstone team was very proud to have the opportunity to participate and look forward to seeing what else this organization will do in the future! 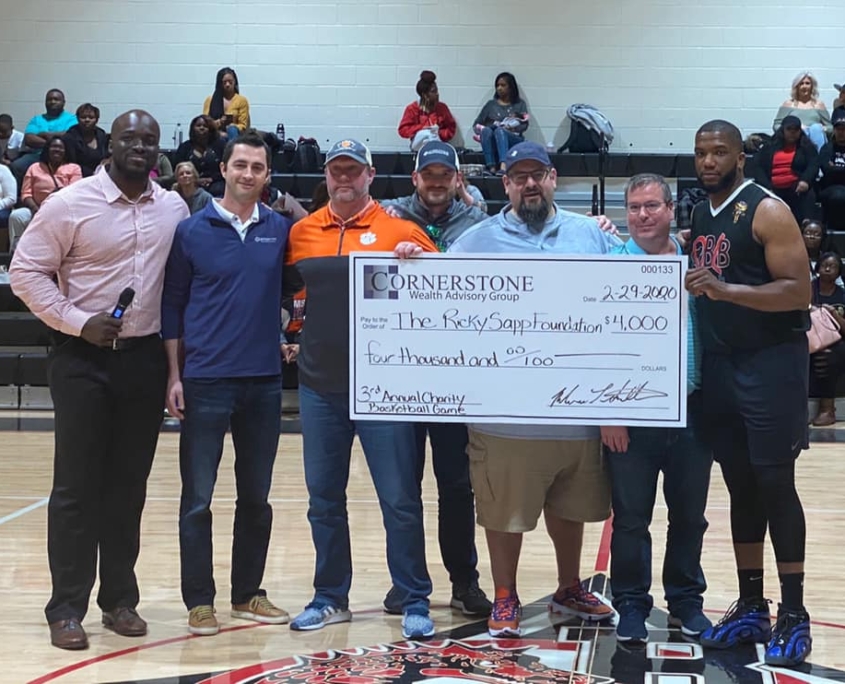 The Cornerstone team is honored to award a $6,500 scholarship to one of their administrative staff. Pinewood student Caroline Raglin has worked at Cornerstone as a part-time administrator throughout her high-school years.

“Caroline was really excellent at her job,” says VP of Operations John Bankowski. She grew into her role with great maturity and as time went on I knew I could really depend on her to do her work correctly and efficiently. She was always reliable, even though her school work and sports kept her very busy.”

When graduation approached and Caroline was accepted to attend Clemson University, CEO Mike Haskett just knew he couldn’t send her away empty handed.

“We worked hard to organize a scholarship fund for Caroline,” he says. “We work closely with Royal Neighbors of America and we were able to combine efforts and award Caroline a total of $6,500 in scholarships. We are so proud of her and can’t wait to see all the great things she accomplishes in the future.”

Always a big supporter of Education, Cornerstone Wealth was proud to be the presenting sponsor for a local school’s fundraiser back in September.

Last Friday night, Cornerstone was proud to be the Premier Sponsor for a Young Life fundraising event. Cornerstone also donated meeting room space to the event and it was a huge success! 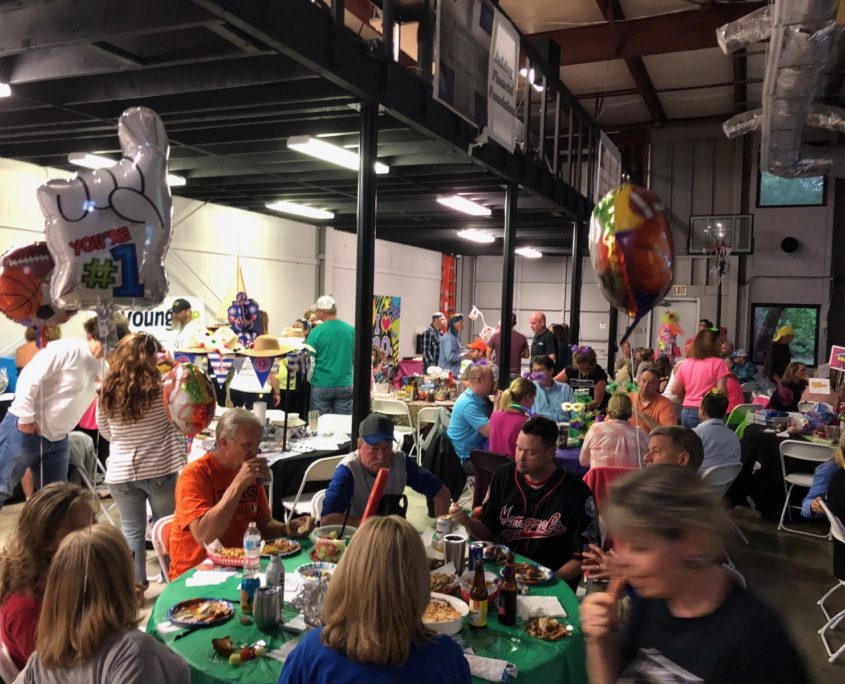 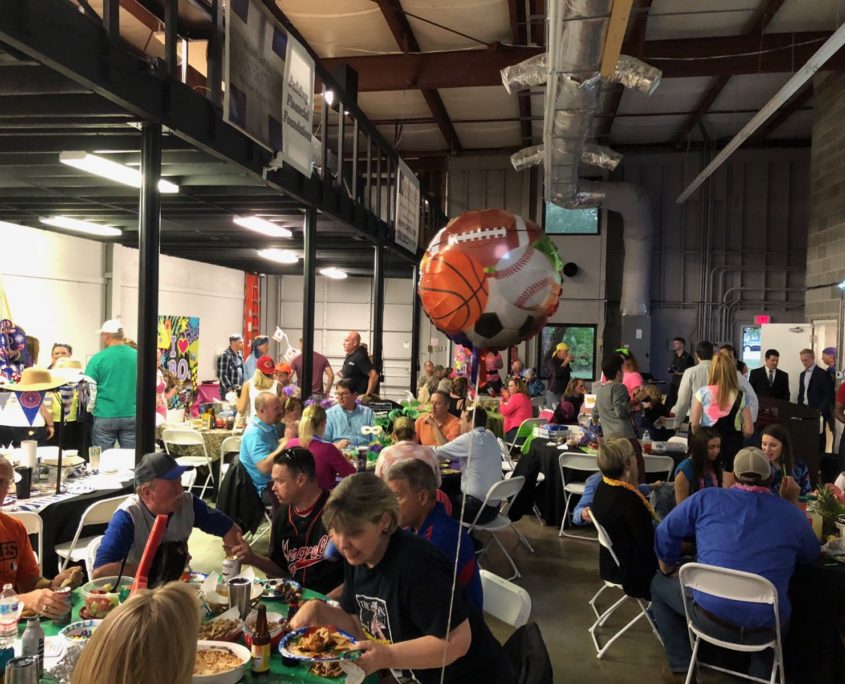 What is Young Life?
Young Life is an international outreach ministry to high school and middle school students. The mission of Young Life is to introduce adolescents to Jesus Christ and help them grow in their faith.
Young Life doesn’t start with a program. It starts with adults concerned enough about kids to go to them, on their turf and in their culture, building bridges of authentic friendship. These relationships don’t happen overnight — they take time, patience, trust and consistency. So Young Life leaders log many hours with kids around the world — where they are, as they are. We listen to their stories and learn what’s important to them because we genuinely care about their joys, triumphs, heartaches and setbacks.
https://cswta.com/wp-content/uploads/2020/02/WEB-optimized-OFFICIAL-LOGO-v-2.5.20.png 0 0 administration https://cswta.com/wp-content/uploads/2020/02/WEB-optimized-OFFICIAL-LOGO-v-2.5.20.png administration2018-04-27 11:43:532018-04-27 11:54:03Cornerstone Sponsors Young Life Charleston

Cornerstone is proud to announce our recent sponsorship of the North Charleston Police Department’s CAPS (Cops Athletic Program). Their motto is, “Cops, kids and community, teaming up to make a difference” Their goal is to “inspire, educate and empower the young minds within our community with positive, lifelong educational experiences”

Cornerstone is proud to announce their partnership with the Dorchester 2 Foundation, an organization with a mission to Mission: to create and build partnerships to support the advancement of education in our community.

The foundation works with the community in several ways:

Impact Initiatives are projects that have been identified by District Two Superintendent Joe Pye and confirmed by the Foundation Board of Directors, as beneficial to learning on a large scale, but not possible within the standard budget. Often these initiatives allow opportunity for business and community partnership in addition to financial support.

Innovation Awards are submitted by district staff and are scored by leaders from the community, regional industry, and the school district. In three years, the foundation has awarded 28 grants for a total of $92,000! 18,764 students benefit from these programs annually. In December 2017, nine grants were awarded and will benefit 4,604 students.

Currently the Foundation’s Impact Initiative is a $1 Million campaign to equip the Advanced Manufacturing Center scheduled to open in 2018-2019.

In spring of 2016 a Manufacturing Advisory Committee was created to include representatives from business and industry, Chamber of Commerce, Economic Development, SC Department of Commerce, SC Department of Education, local colleges and technical school, architects, SC Ready Program, Dorchester Two Educational Foundation, and district & school administrators. Goals of this endeavor are to prepare our students for well-paying jobs as well as support existing industries, play a key role in the recruitment of new industry, and build a pipeline of talented local workers able to fill the existing and forecasted labor shortage.

Cornerstone recently attended and sponsored “The Big Event” in support of the Foundation. Pictured below are a few members of the team enjoying a night of fun for a good cause!

To learn more about the foundation and how you can help, visit their website. https://dd2foundation.org/

Giving back is so important to the Cornerstone team. This is why we are helping to sponsor the North Charleston Miracle League field and Playground.

Pictured, are a few members of our team at the kick-off awareness event Golf Tournament on Friday, March 16th with the proceeds to be used to build a portion of the park.

The City of North Charleston plans to construct an all-inclusive 24,000 square foot playground, Miracle League Baseball Field, sound garden, picnic area and more for ALL to enjoy- regardless of one’s physical, emotional, or mental abilities conveniently located in Park Circle. No place like it exists in the entire Tri-County area, which is why this project is so important to the community and why Cornerstone knew we had to help!

Check out this video to learn more about the program and how you can help too! https://youtu.be/zxsuhuZReyE

Cornerstone prides itself on giving back to the community in a number of ways. Aside from small sponsorships, such as helping local schools and community programs, we work hand-in-hand with many local organizations to make sure that whatever we CAN give back, we do.

Our CEO and Founder Michael Haskett shares why he feels that giving back is so important, “I feel that it’s extremely important to use success for the greater good,” he says. “Cornerstone has been a tremendous success and so I make it my personal goal to give back to this community in any way that I can. I encourage all the members of my organization to do the same.”

From 2013 to 2017, Cornerstone was the Premier sponsor for a local children’s cancer research funding, which raised hundreds of thousands of dollars for MUSC. Cornerstone has also donated office space to the organization and set up fundraising booths outside local Walmart stores. 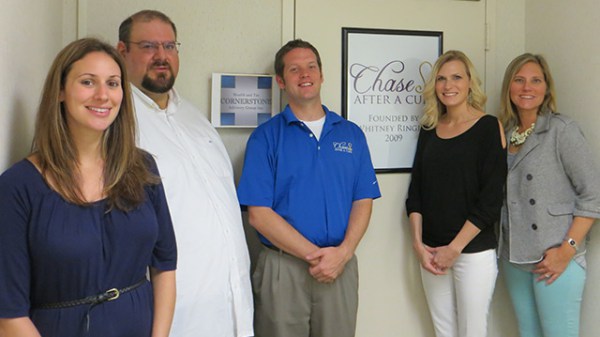 “It really warms my heart when I see many members of my team stepping up in like manner to give back to the community,” Haskett says. This is really who we are at the core- a group of people that truly love our neighbor and want to making giving back a priority.

To learn more visit our giving back page https://cswta.com/about-2/giving-back/. Below are just a few of the ways we have involved ourselves in the community over the years.

Komen Foundation 2009- Team Sponsorship for Race for a Cure 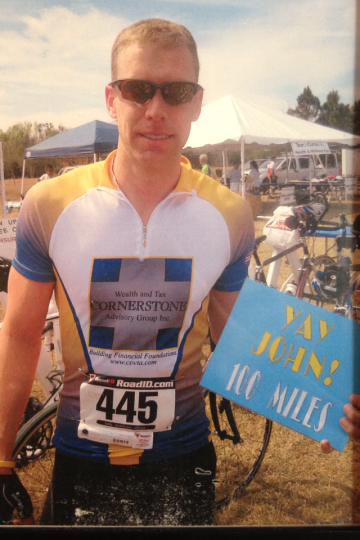 Volleyball Tournament for March of Dimes 2010 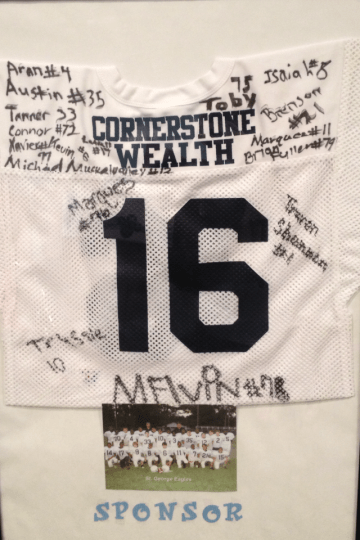 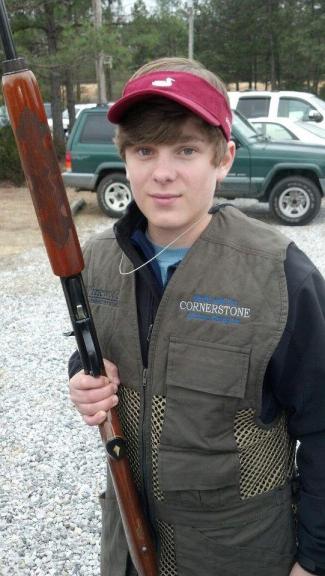 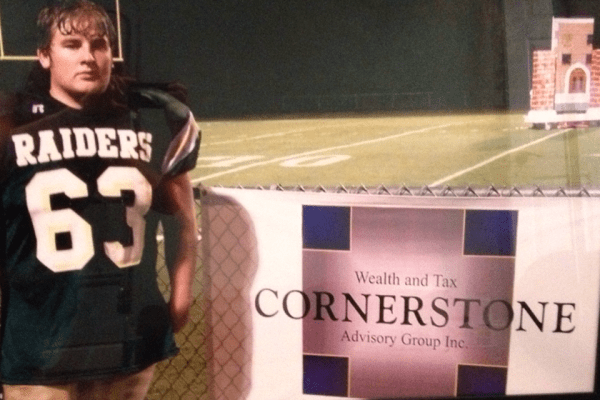 $5,000 Donation to St. Paul’s of Summerville, Bringing it Home Project

North Charleston Chamber of Commerce since 2017

Cornerstone places a high value on education! That’s why they’re the presenting sponsor of this year’s Pinewood Preparatory School’s Jeans and Jambalaya! Come out and join everyone on March 3rd at the Dorchester Boat Club for dinner drinks and dancing- all for a good cause!

Education is extremely important to Cornerstone and that’s why the CEO decided to give back hundreds of dollars of school supplies to a local elementary school.

On a cold winter morning Ms. Fuller’s kindergarten class was surprised to see the Cornerstone’s founder and CEO Michael Haskett arrive in their classroom. He had great news for them! Their classroom had been nominated for, and had won, a local contest hosted by Mr. Haskett! The prize? $500 worth of school supplies, much needed in their classroom!

Ms. Fuller explained to the class some of the items they would be receiving: story writing journals, flip cameras for projects, reading books and lots more!

Watch the video below to see the surprise unfold!